Restorations (as distinct from repairing broken or rotted timber) covers items like removing and replacing mouldy, lumpy, cracked or flaking paint and face-putty and generally making the windows look attractive again. We also take the opportunity to scrape off excess paint from the outside of the glass, resulting from heavy-handed painting.

Sometimes the bed-putty between the glass and the sash it sits in is so degraded, it’s advisable to remove some of the panes, clean and prime the glazing rebates and re-fit the glass on new bed-putty. This also means we can clean unsightly black mould and green algae which has been accumulating under the putty for a century or more. 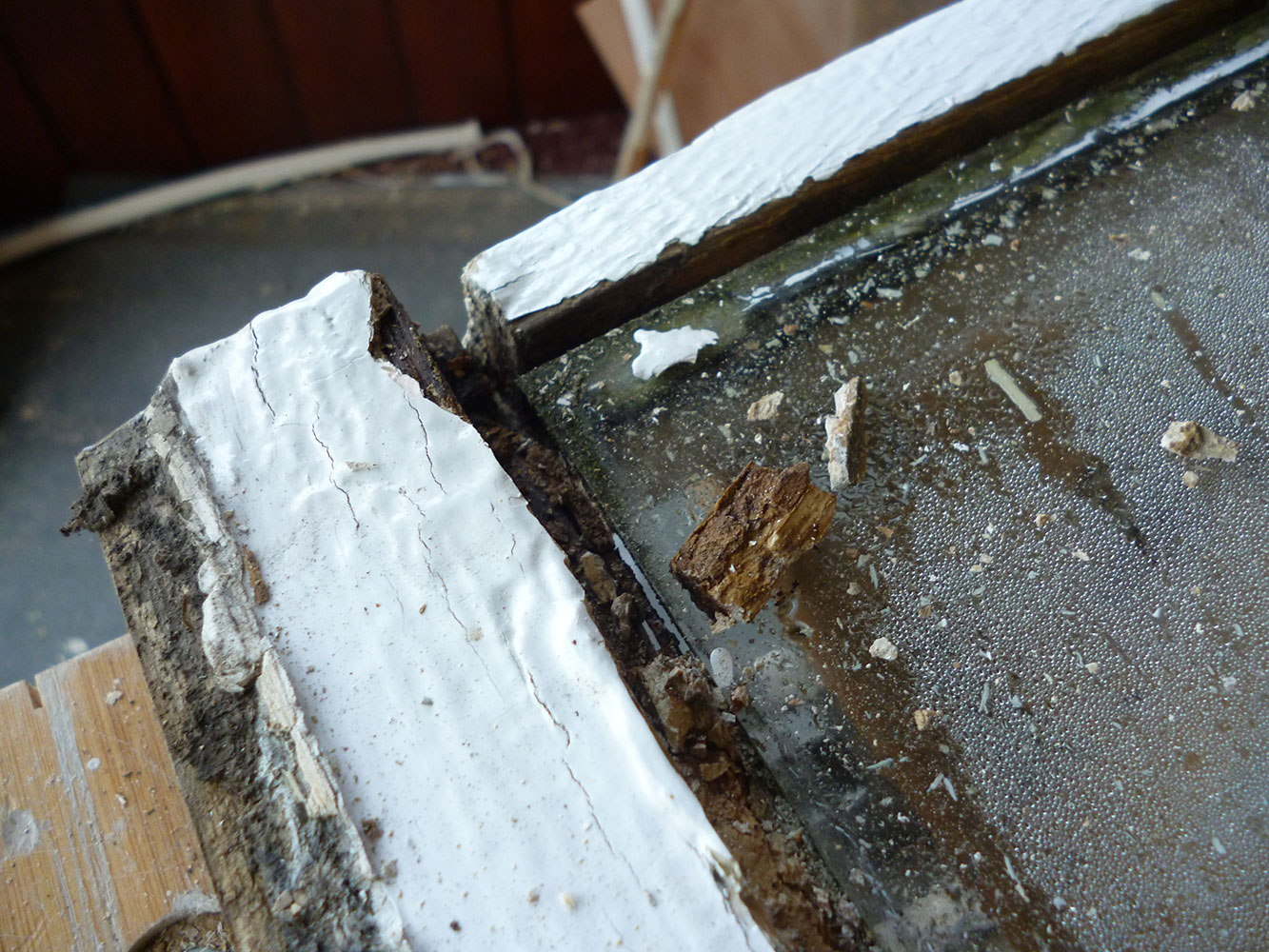 The first photo is a prime example of lumpy, degraded paint and putty which has trapped rainwater underneath, causing the timber to rot and the corner joint to disintegrate. A little tlc was needed! 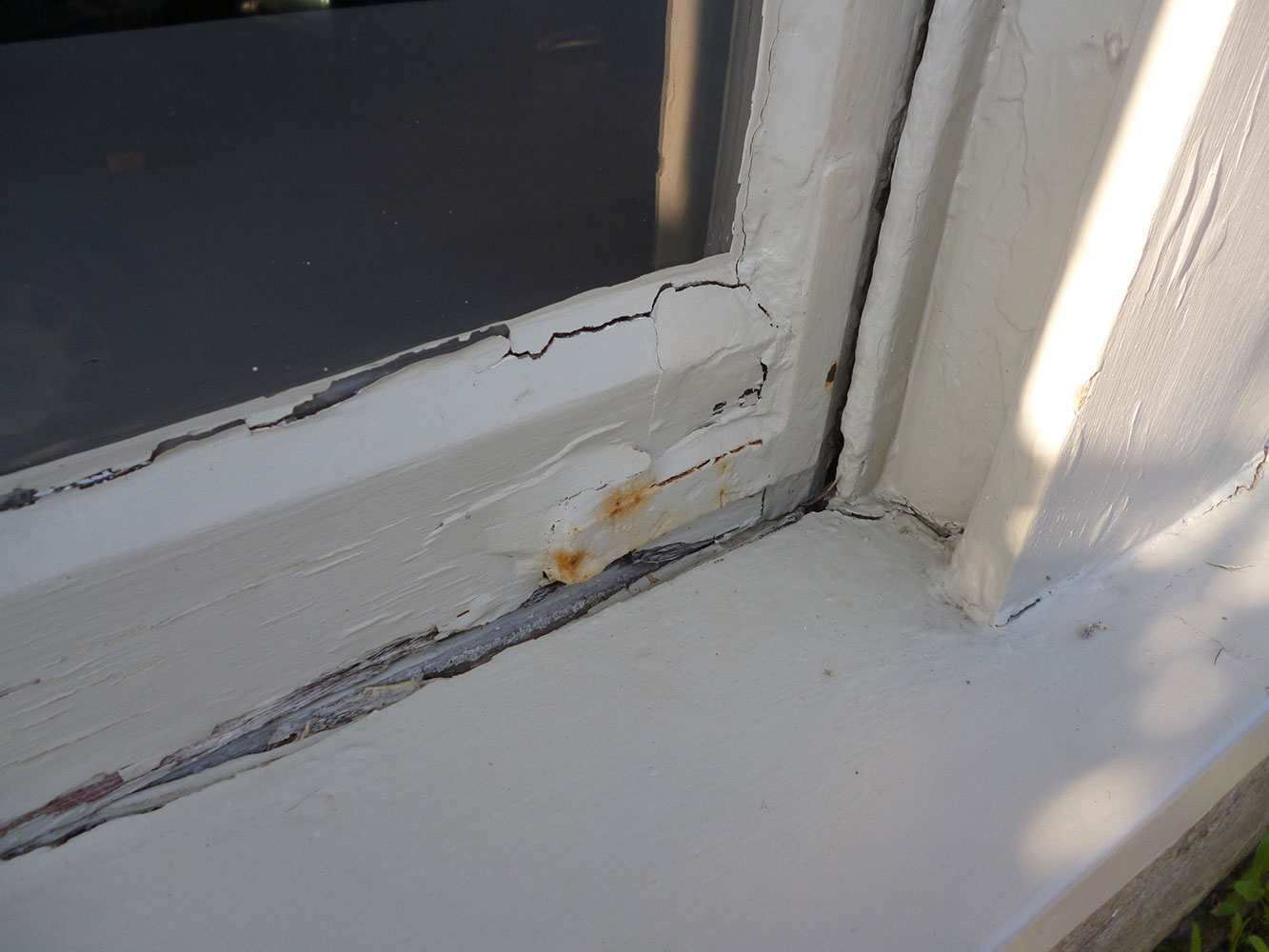 The second photo shows the bottom corner of a sash and frame in a less advanced state of decay, with the added bonus of an amateurish attempt to repair a broken sash joint.